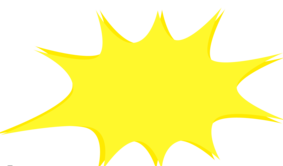 Contact Us
SHOP
Caretakers
About Us
Projects
Videos
Mission
Home

Aortic Warriors was founded in 2013 by Dr Peter Tsai.  However, the journey was never travelled alone.  After surviving his ascending aorta rupture and dissection down to his left femoral artery which resulted in paralysis of both legs on November 30, 2009, he spent most of 2010 learning how to walk again, to regain strength, and soul searched to see how to recreate the second part of his life.  [Read his story here] During the year of self-managed recovery, dealing with depression, constant and daily bouts of pain, and the forever self questioning of "When will I die?", he felt alone in this journey.  One day, on a whim, Dr Peter registered on Facebook and found solace from a support page called "Survivors of Aortic Dissection".  There were barely 300 people on the page in 2010.  He also found a plethora of educational information from Brian Tinsley's website aorticdissection.com.  But something was missing.  No one outside of this circle knew what the heck Aortic Dissection was!  How can something that was once ranked the 15th highest death rate in the U.S. with 80% mortality rate that affects over 40 thousand people a year be so unknown.  Why?

"Well?  There IS no answer to WHY.  There's only What Am I Going To Do About It?" said Dr Peter.  After months of consideration and battling with fatigue, on April 18, 2013, Dr Peter posted on Survivors of Aortic Dissection support page and expressed his idea about starting an organization made up of a group of survivors for the benefit of new survivors.  He asked for suggestions in names for this organization.  Here are the names of those people who put in their comments: Whitney Neill, Bev Clarke, Diane Clayton, Betsey Luipold, Kelly Zimmerman, Traci Taylor, Lisa Blake Watts, Suzanne Morrell, Lorna Woolverton, Amy Husted Schmidt, Steve Gee, Walker J Thomas, Deb Rother, Carole Lippart Meicke, Chris Kasper, Ann Nicole Busby, Renata Welchman Johnson, Kimberlee Jones, and Jodi Bevan.

3. We've all emerged from the valley of shadow of death!

4. Warriors for OUR LIFE! Not just mere survivors.

6. We are each strong in that of ourselves, yet combined each of our strengths, we become a bundle of unbreakable strength, unwavering faith, and unrelenting pursuit for the welfare of those who suffer from this condition.

For the rest of 2013, logos, t-shirts, awareness bracelets, educational postcards were created and sent world wide.

During early 2014, Dr Peter battled depression and fatigue.  "This journey is not easy to walk alone.  Although the love of family and friends support is always there, and although we wear a smiley face, the battle is inside.  Some fights, you need to go thru alone.  This is what makes us WARRIORS!  It is surviving the battles unseen."

In July 2014, one person's support helped Dr Peter get his motivation back.  Janet Betts, a fellow survivor.  "I was in Vancouver Canada and had some kind of an attack.  At the time, I really thought I was going to die.  I left my wife instructions just in case tragedy stuck.  I couldn't get online to ask questions to find help.  Janet was instrumental in helping me thru that dark time.  I've never met Janet except via Facebook!  Once I got back to the states, I knew that kind of support was what Aortic Warriors had to be about!  It's a family of survivors."  Thank you Janet!!!

In November 2014, the Memorial Wall of Fallen Aortic Warriors was created on AorticWarriors.org.

Since then, we've participated in various health fairs speaking and educating the public about this condition.  We've interviewed survivors and those who's lost love ones to this Silent Killer in hope to educate and inspire survivors and anyone who has never heard of Aortic Dissection, Aortic Rupture, and or Aortic Aneurysm.  "It would be amazing to just have people know what is an AORTA and to make sure they check it." said Dr Peter. "Our public campaign message is 'Not Just Your Heart, Check Your AORTA Too!"

There's still a lot more work to do.  More people to talk to.  More lives to save.  We can't do this alone.  Please help us!